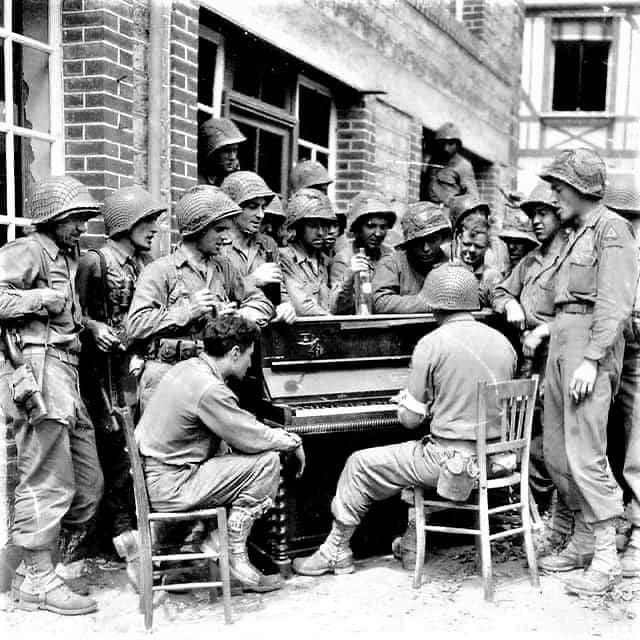 Why is this important when homes, businesses, water lines, jobs, schools and towns have been completely wiped out?

During World War II Winston Churchill was asked if he was going to remove the arts from the government budget to pay for the war effort. He looked at the reporter and bellowed, “then what the heck are we fighting for?”

DID YOU KNOW: During World War II, Steinway & Sons air-dropped nearly 2500 pianos across Europe with large parachutes into the battle for the troops.

The music of America’s front porch is played by simple, hometown musicians and families. It’s the soundtrack of real life. This is what was lost in the tornadoes, and this is what we want to give back.

Thank you for helping! RETURN to the TORNADO webpage